In a hurry? No problem! Here’s a quick start to using lono that takes only a few minutes.

Now we’re ready to create and launch some infrastructure. The commands below launches a CloudFormation stack with an EC2 Instance and Security Group.

Congratulations! You have successfully created a CloudFormation stack with lono. It’s that simple. 😁

Then we went into the infra project folder, created a blueprint, and deployed the demo stack:

The command lono cfn deploy demo does a few things:

The example launches an EC2 instance with a security group. Check out the newly launch stack in the AWS console: 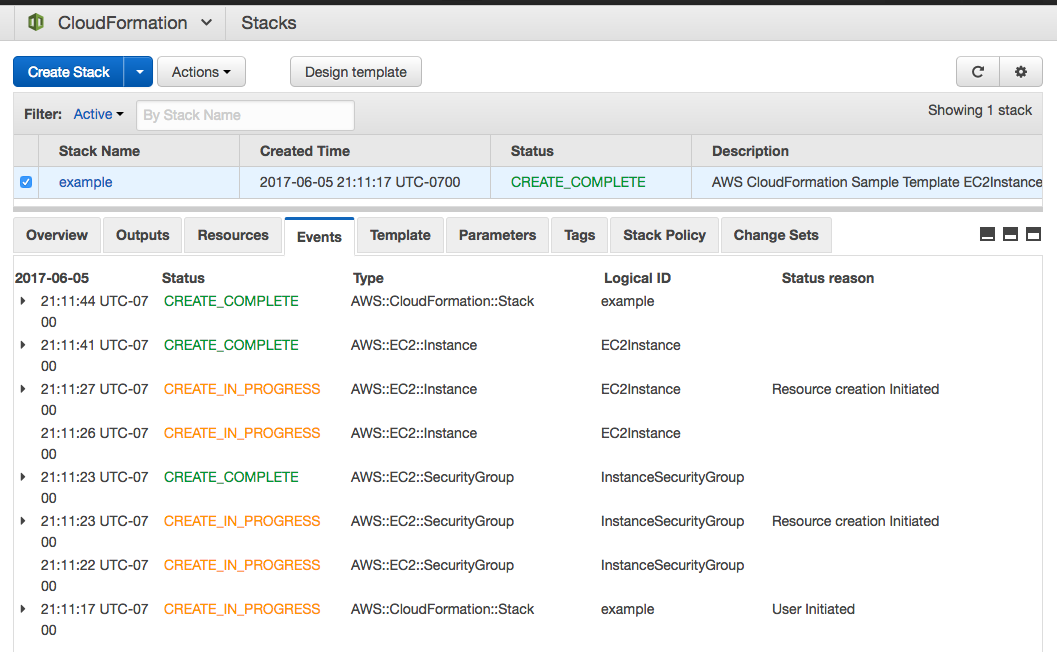 See a typo or an error? You can improve this page. This website is available on GitHub and contributions are encouraged and welcomed. We love pull requests from you!